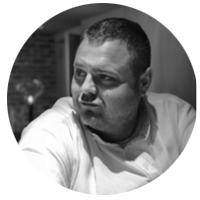 Johannes is a passionate people lover. Being “Asian” by choice he started his career in his early twenties in Sri Lanka running the 1.200 employees strong global manufacturing hub of Flintec AB, one of the leading manufacturers of force sensor solutions. His German “Mittelstand” driven background initiated early the aim to become an entrepreneur himself after learning the reins of business. In 2007 he invested and co-founded MyMotion GmbH&Co.KG, project placement hub for experts in the automotive industry in Germany. In 2010 he moved to Singapore to finally get fully independent and started first a consultancy firm helping European companies with their dealings in Asia. 2012 he founded Flintec Singapore and efficient sales organisation with meanwhile offices in Seoul, Ho Chi Minh City and Colombo covering greater Asia/Oceania. Watching out for continuous challenges and a way to contribute more to society he invested into X-Zell in 2015, a Bangkok based Biotech Start-Up focussing on early cancer detection via novel liquid biopsy approach and resumed the position as COO shortly after. X-Zell HQ moved to Singapore in early 2019. Johannes stands for motivation and execution by momentum. Being a grounded and strong believing optimist, knowing the highs and lows of running your own business he draws a lot of positive energy from his vast experience and stays calm even when the wind picks up. Joining Start-Up O as an expert was a given as their vision to entitle 10.000 Entrepreneur with viable businesses is a great goal to be part of!